A Canadian group, The Arrogant Worms, coined my title. I borrowed it from their fun song, Rocks and Trees.  It’s true, true, true! Northern Ontario fascinates me with its wilderness and its people.

Today I searched for a truck stop for breakfast and was dubious when… …I committed to one where no-one was present. Hmmm… how bad could it be? I felt better when some locals dropped in. And, I felt vindicated when my Spanish omelette with a side of bacon was placed before me. It was GOOD! 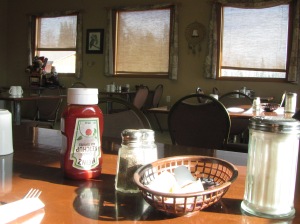 And, those locals? They started chatting with me. Even called their relative just to find out exactly where their nephews were living in British Columbia. “There’s a lady here who’s driving through from PEI and lives in Vancouver. I want to let her know where your the boys are living.” Turned out to be Victoria. And, I learned about their lives. Hunters, fishermen (women), and ski-dooers in the winter, they had just bagged a moose and it was already butchered! So… it’s official. I’ve met some real life hunters. Guess I’m one degree away from a moose now.

Other than that, my day was a quiet thought filled one. Everything from my life in Vancouver, to each of my folks and their challenges, to city life versus country life, to some of my friends’ lives, the variety of lives, to what’s happening with Jian Ghomeshi, to the debate on terrorism versus mental illness in regards to the Canadian soldiers recently killed, to the careening truck behind me (I pulled over rapidly and let him pass), to my next pitstop, and the whole idea of not giving up and following your dream, and/or leaving a legacy. That last thought was inspired by seeing the Terry Fox memorial near Thunder Bay. 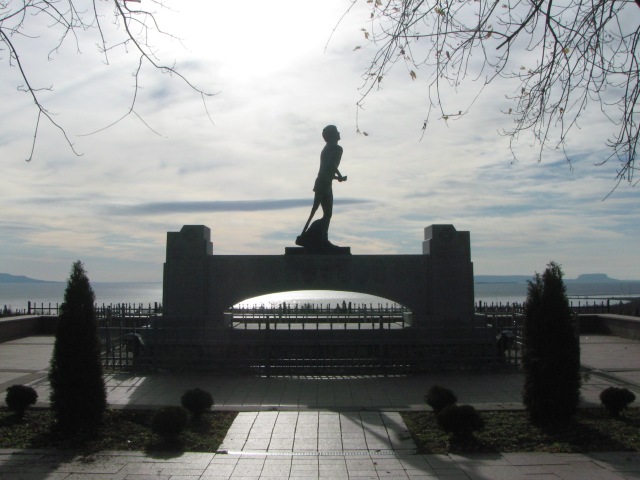 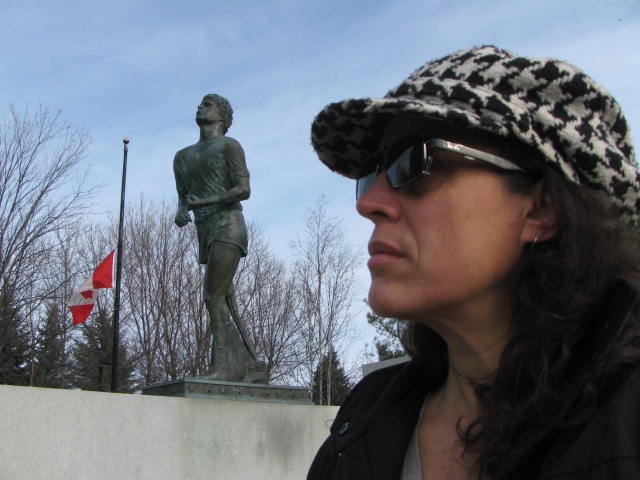 I’ll leave you with that. Tonight I really AM going to have an earlier night. I haven’t a clue what time it is because we put our clocks back last night, my car clock is on PEI time, and I passed into another time zone. (I know I just have to look at my phone but who knows how many hours I logged today… I don’t)