Here in our own Vancouver, we are lucky to have French films being brought in by  Visions Ouest Productions, Régis Painchaud and Lorraine Fortin, for the 23rd Rendez-Vous French Film Festival. Around 50 films (including shorts) from Québec and around the world will be presented, most with English subtitles, between February 1-12th. 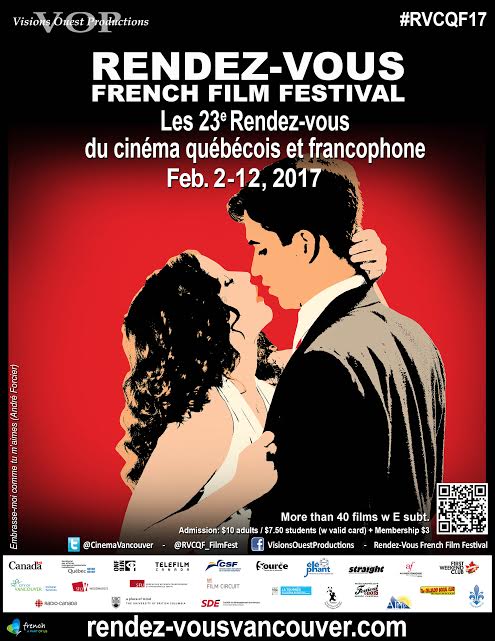 First of all, however… END_OF_DOCUMENT_TOKEN_TO_BE_REPLACED